Eastman Kodak invented the digital camera, and then scrapped it
A Samson's Blog

Kodak invented the digital camera, then scrapped it.

The company was founded in 1881 by George Eastman and Henry Strong, Rochester, New York. The two friends partnered to create the Eastman Dry Plate Company in 1881 but renamed to ' Eastman Kodak' in 1888. They brought big innovation to the camera world. At the time, as you can probably guess the cameras were pretty big, and expensive. Kodak was to change this however making their cameras smaller and easier to use, carrying the slogan 'you press the button, we do the rest.' And soon they were to bring big advancements in both production and film processing leading them to be the biggest name in photography. They're primarily responsible for shaping the photography world as we know it today, and for the great hits like the Box Brownie, the Polaroids. 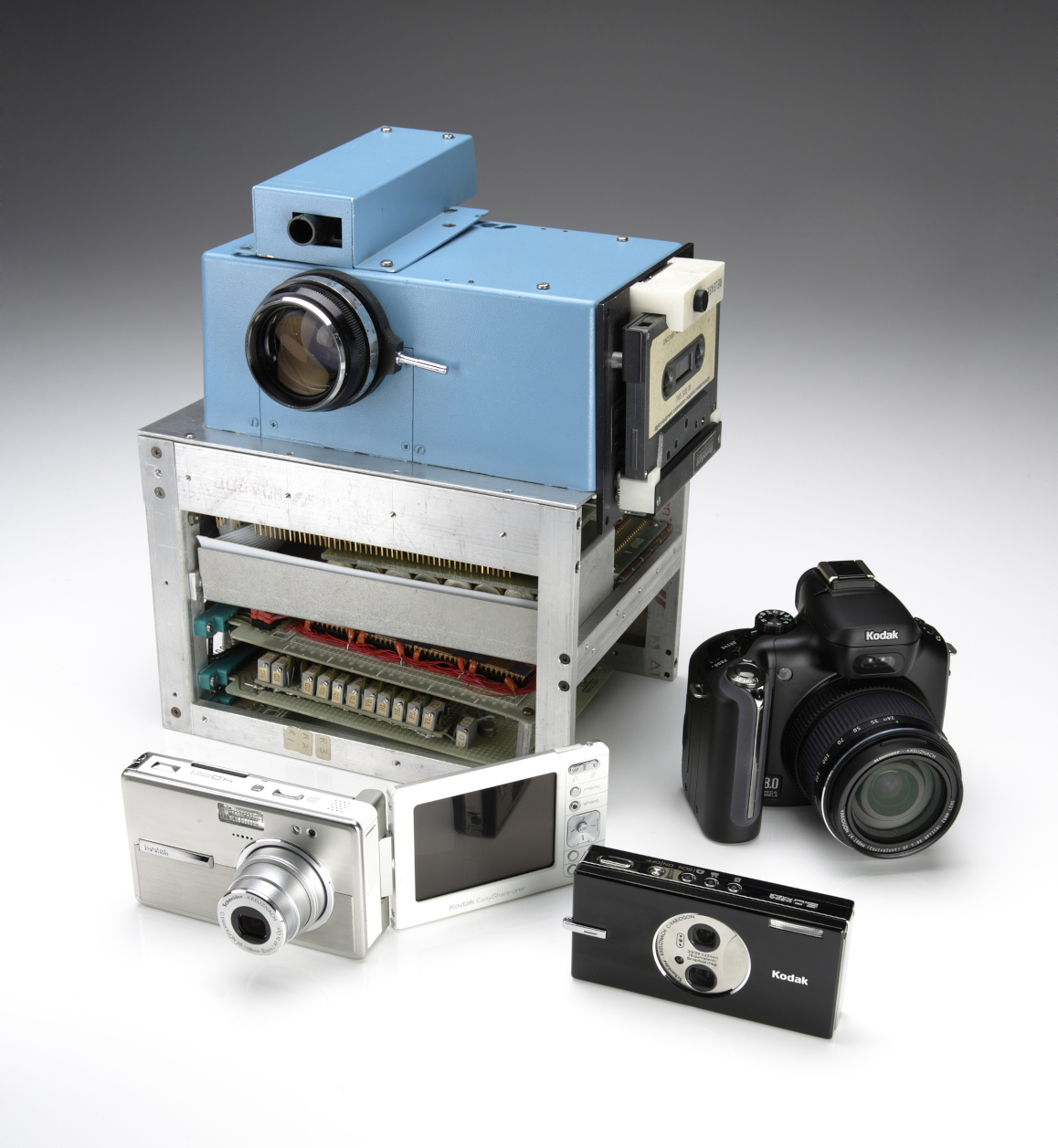 -Three generations with original digital at the back

A Kodak engineer, Steve Sasson, in 1975 invented the digital camera which they called the 'electronic still camera' boasting a 1.2-megapixel sensor and 30 odd seconds of read & write time to the cassette it uses. Kodak's marketing team wasn't interested, telling Steve and his colleagues they could sell it if they wanted as it wouldn't damage the company's film sales, however for a long time weren't allowed to mention its existance in public, in three years Kodak got the patent. Steve wrote in a company blog saying that it's funny looking back as they weren't really looking at it as the worlds first digital camera. It was only once competitors such as Canon's and Fuji's advancements gained popularity, as the market grew they paid more attention and started selling themselves in the late 80s, selling such as the ECam. They primarily focused elsewhere partnering with various companies. A Franch pharmacy business, designing Apple's first digital camera, having their sensors in Nikon's cameras, they were busy. The start of the 90s was a rocky time for Kodak, with comebacks shortly after again with the 'Kodak Moment' advertisement scheme. But with the majority of their focus on film and their InkJet printers they were soon overtaken by competitors such as Canon, Fuji, Olympus, and Nikon with whom they partnered with in 1991 to market a professional-grade digital camera and in 1996 they released their first digital point-and-shoot, though Fuji proved to be the real threat. They gained a 17% market share in America during 1997. While Canon rushed in to fill the gap in digital innovation while Olympus quality continued to dwindle. In 2001 they brought their EasyShare series of compact cameras to market which were an instant success, however, were a failure for their bottom line. It is also this time when Kodak decided to develop and release their APS film which they targeted toward the average consumer, advertised to have different aspect ratios built-in, however this was effectively all a scam since what they did was crop the original image to the particular ratio chosen during its processing, (APS has a fancy data storage system.) So what you got was a smaller barrel which needs its own equiptment to develop, a smaller film at 24mm by 30mm which means less quality overall from the standard 35. And that's not counting in the actual diameter of the exposable area! Other companies by this time had already been and releasing compact 35mm cameras which were roughly the same size as APS as well. The general idea at the time being to use aggressive marketing and patenting to keep them afloat. All this was prioritised over digital. In 2005 they saw the largest sales in the digital market, but not by much. Which sadly wouldn't last. Unlike previously, they were now competing, not leading. And in 2006 the margins on digital cameras dropped significantly making them a commodity, it became a bad business and with film sales historically making up their largest income it was the last nail in their coffin. You can assume that if they'd have put more resources into investing digital they would've stayed as the giant they were, but with how the company was structured and it's current investments at the time, it just wasn't to be filing for bankruptcy in 2012. 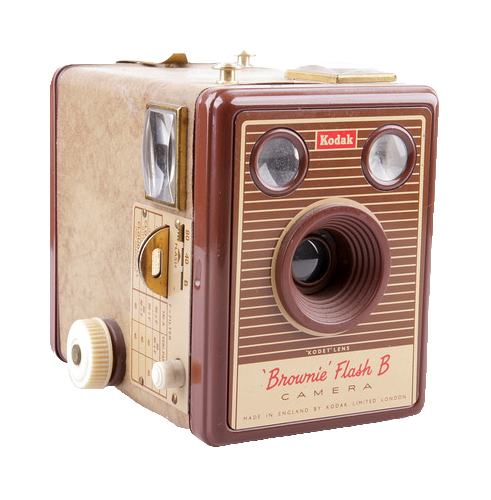 Kodak as a company are still going, but are in a drastically different situation now, while nowhere near as big as they were, but they're still in various markets in a much smaller capacity. But here's the thing, there's been a rise of analogue recently. And most relevant is film which has nudged Kodak to stick its nose back into the market. In an interview with a representative at CES in 2016 showcasing a prototype Super 8, they said that Kodak are releasing the camera and also releasing an ecosystem with the camera, stating that when you buy the film cartridges you're really paying for the development and upload to the cloud. The camera's also semi-digital with a number of outputs, and due to the 8mm audio sync issues, audio's synced to an SD card to be married with the video in post-production. Despite the viewfinder being digital and having digital outputs, the video is directly recorded onto the film without any digital interference. You send the cartradges by post to Kodak, they do all the post-processing and in return you get the film back along with the digital copy. It's not like that's the only camera that they've made though! You can already buy cameras such as their Pixpro series. It's exciting indeed! However it seems we won't be getting mirrored models anytime soon with their entire line-up being compacts and mirrorless DSLRs.

If it weren't for Kodak, our innovation wouldn't be as it is today, but it's not all bad news! A UK company bought Kodak's assets and now continue producing Kodak branded film along with other products. When we think to photography there are two people to thank. Steve Sasson and Nicéphore Niépce.